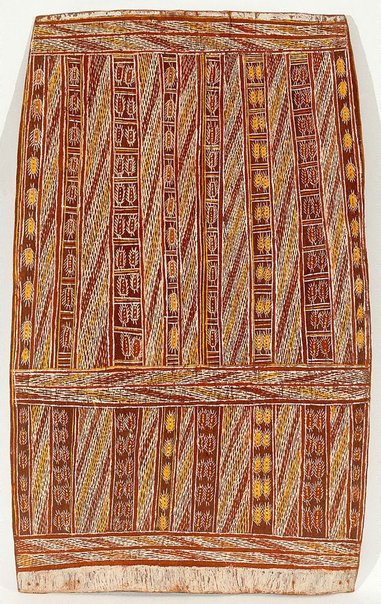 Giminydju Munduwuy is probably best known as the father of famed actor David Gulpilil. Giminydju was not a prolific artist, but painted consistently and passed his skills to his son, who was known for his paintings before becoming more recognised for his skills on screen. Many of Giminydju’s works refer to the Wägilak sisters. In this work he depicts the small grub known as dapaliny, with its young painted in yellow. Dapaliny are considered a nuisance, swarming uncontrollably across land and water during certain seasons.