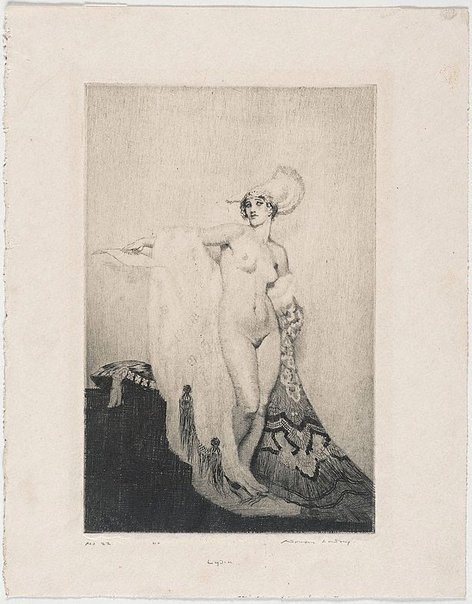 Norman Lindsay remains one of the most popular and controversial Australian artists and literary figures, whose exceptional talents as a writer, cartoonist, draughtsman and etcher led to great success and influence in his lifetime and beyond. Lindsay's was a unique voice in Australian art, whose idiosyncratic work was based on a literary and occasionally prurient imagination. He was resolutely against modern art and literature, but concurrently developed a libertarian personal philosophy based on the artist as social critic. Of all the artists who made prints in the etching boom of the 1920s and 30s, his have retained the most widespread popularity with collectors and the public.

Norman Lindsay was encouraged by his brother Lionel to etch, producing his first in 1917 in conjunction with Rose Lindsay his partner, and later wife, who printed his editions for him. She compiled seven volumes of Lindsay’s complete etchings, with preparatory drawings and various states, which is now in the State Library of New South Wales.

'The etchings are entirely my wife's affair. She prints them, arranges the editions, keeps count of their sales, destroys all discarded proofs and prints. Once I've finished a plate I've
done with it'.

Lindsay's etchings were predominantly fantasy and literary subjects, with an emphasis on the female nude.

Browse other works by Norman Lindsay 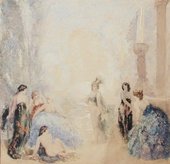 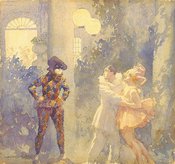 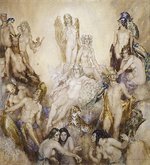