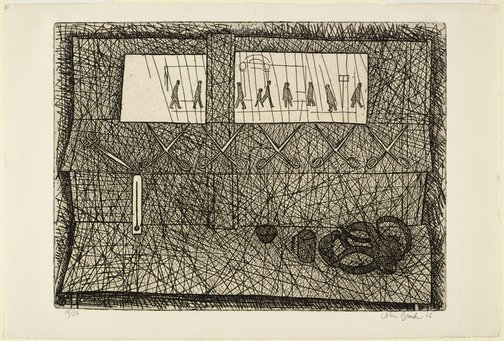 Brack first made prints in 1954, experimenting with etching and drypoint at Swinburne Technical College, Melbourne. In 1963 he began a series of paintings, the so-called 'surgical series', which features images of artificial limbs, surgical tools and related objects, inspired by commercial displays of a Melbourne surgical supplier. Brack made four etchings based on this theme in 1966 including 'Mirrors and scissors'.

Browse other works by John Brack