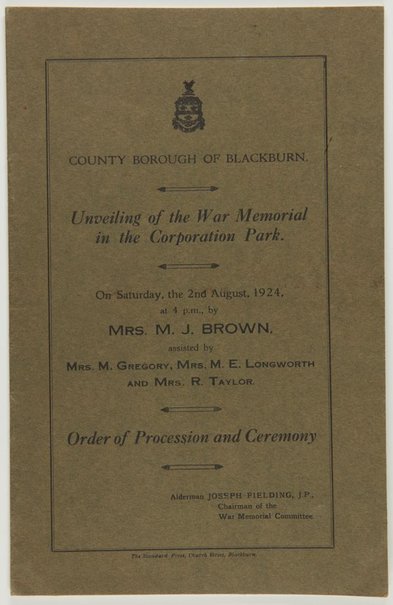 Bertram Mackennal's Blackburn War Memorial 1924 is located in Corporation Park, Blackburn, Lancashire in the United Kingdom. The group of bronze figures were commissioned in 1923 and unveiled in August 1924.

Pauline Kraay, the artist's granddaughter, wrote about this work: 'The idea portrayed in the bronze group is "the son, returning war-worn after the conflict, received by the Motherland, supported by her, and led to Peace". The base supporting the memorial is of white Stancliffe Stone, from Darley Dale, and is inscribed with the following words in bronze lettering: "In Remembrance 1914-1918"'.