Rosaleen Norton painting at her sister's flat in Kirribilli, Sydney 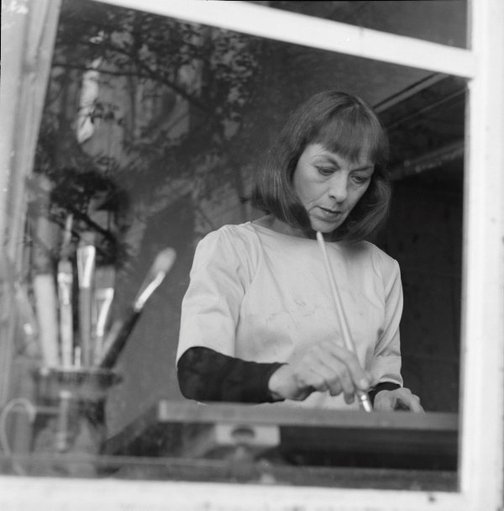 In 1965 'Life at the Cross', with text by poet Kenneth Slessor and photographs by Robert Walker, was published. This photograph of Norton was taken by Walker as part of that project. Although the publication was meant to document the bohemian and working class life of the Kings Cross area, its subjects were in fact much more wide ranging. Rosaleen Norton had lived in Kings Cross since 1951 and was popularly known as the 'witch of Kings Cross'. But when the book 'Life at the Cross' was published she was living with her sister Cecily in Kirribilli.

Browse other works by Robert Walker