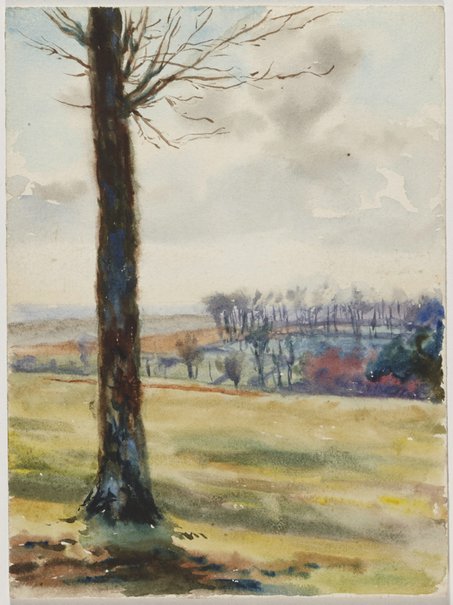 This watercolour is from a series of three which the artist did of the French countryside behind the Front in March and May of 1916. Before the battle of the Somme, Weaver Hawkins’ regiment was mobilised in this countryside. He completed these watercolours using the small palette that his mother had sent him. They give no hint of the trench warfare that was raging nearby. Artist William Orpen was also impressed by this countryside during the summer of 1916: ‘No words could express the beauty of it’, the vivid floral colours and ‘the whole air…thick with white butterflies…everything shimmered in the heat…it was an enchanted land.’

Signed with monogram and dated l.l corner on the reverse, pencil "HWH March 16".