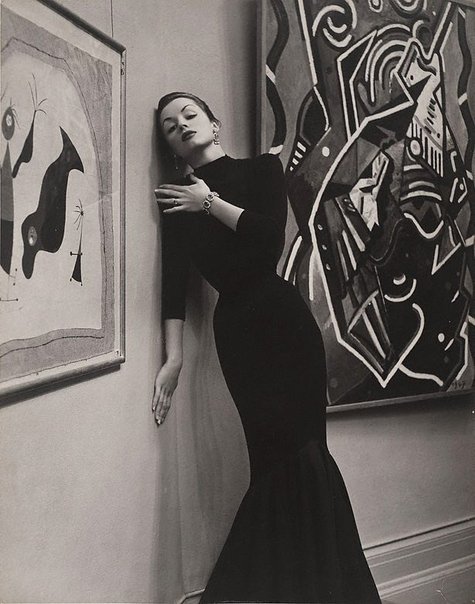 Athol Shmith enjoyed a 40-year career as Melbourne’s premier portrait and fashion photographer. In 1932, two of his portraits were published in the Melbourne society journal ‘Table Talk’, leading to work photographing society weddings, celebrities and socialites. Shmith’s career as a fashion photographer was an extension of his portrait work. There were very few professional models in Australia at the time, so he persuaded his wealthy clientele to pose in their latest fashions. Influenced by Horst, Hoyningen-Huene and Beaton, Shmith was renowned for his mastery of light and skilful retouching, which rendered complexions and figures flawless. His work was seen in ‘Table Talk’ and ‘The Home’, and in catalogues for Melbourne’s most prestigious fashion importers.

Shmith introduced Dior’s ‘New Look’ to the Australian public in 1948 when he photographed a parade of leading French models in Paris couture for the Melbourne Myer department store. By the 1950s, when Shmith took this striking image of Patricia Tuckwell, modelling had become a desirable career. Tuckwell poses between two contemporary paintings, suggesting the up-to-the-minute modishness of her look. The organic forms and abstract shapes of the artworks are echoed in the exaggerated lines of her black fishtail dress and wasp waist. While most of his work in the 1930s and 1940s had been studio based, Shmith, like many other international photographers, began photographing on locations such as this in the 1950s. His work, even into the 1960s, always retained its polished elegance and sophistication, whether shot in art galleries, on the street or in ruined buildings. Late in his life Shmith said: ‘I love daylight best of all, it’s got a painterly character, but is not a contrived source. Today, light is too easy, you can buy it all, every photographer has the same equipment and all the photographs end up looking the same.’ 1

Browse other works by Athol Shmith 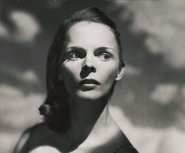