The tourists, from the series Bondi: playground of the Pacific 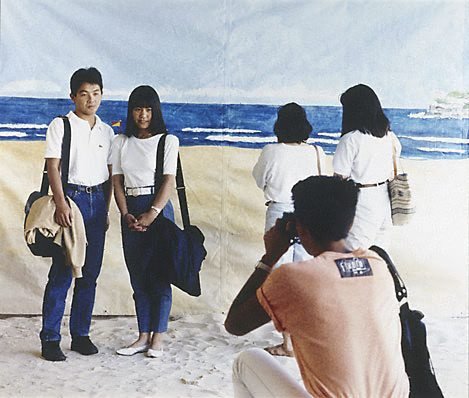 ‘I am primarily concerned with … representations to do with place, identity and culture. Through the appropriation and reworking of familiar icons and styles I seek to question (and understand) their influence, meaning and value…. The series ‘Bondi: playground of the Pacific’ evolved from a six month residency at the Bondi pavilion. The project looked at Bondi’s status as a significant cultural site and questioned the dominant representations that mythologise and embody it.’ Anne Zahalka 1995 1

Anne Zahalka, in her tableaux, forces the viewer to question what is being looked at. Zahalka did this by taking familiar images from the media and from the history of Australian art and remaking them in ways which reflect the diversity of contemporary life rather than received notions. In her series ‘Bondi: playground of the Pacific’ Zahalka uses a painted background of a beach, against which she places and plays with the icons of Australian beach culture: the surfers are Japanese; Max Dupain’s sunbather becomes a pale skinny redhead; and the modern ‘bathing beauty’ reclining on the sand is reading Marcel Proust, ‘immersed in a completely different place to the one where she lies’. 2

Anne Zahalka was educated in Sydney at East Sydney Technical College and Sydney College of the Arts. She graduated MFA from the University of NSW in 1994. She has received several fellowships and awards including Kunstlerhaus Bethanian, Berlin 1986 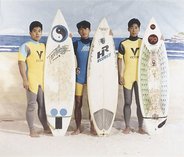 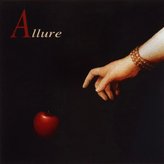