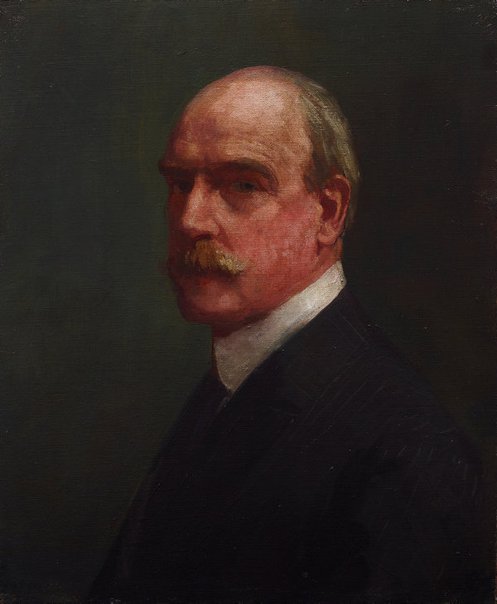 A leading member of the Heidelberg school of Australian impressionism, Arthur Streeton (1867–1943) is renowned for his sun-drenched vision of the Australian landscape. Moving to Sydney in 1890 he painted many lyrical views of the city, harbour and beaches and adopted an increasingly ambitious scale to produce some of his best known paintings including 'Fire's on'. After a period in London and in France as official war artist during World War I, Streeton returned to Australia to widespread acclaim. This self portrait aged fifty-six portrays the artist at the peak of his success.

Gift of the artist at the request of the Trustees 1924