Family in a boat 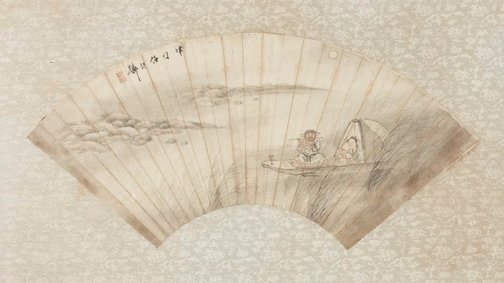 Fan paintings such as these are a distinctive genre in Chinese ink painting and were often mounted and kept in albums. Folding fans in this style were probably introduced to China from Japan in the 10th century. In the following centuries they became increasingly admired by patrons and collectors, as well as by artists who enjoyed the challenge of working within the particular size and shape of the flattened fan.

Qilin Ren
Family in a boat