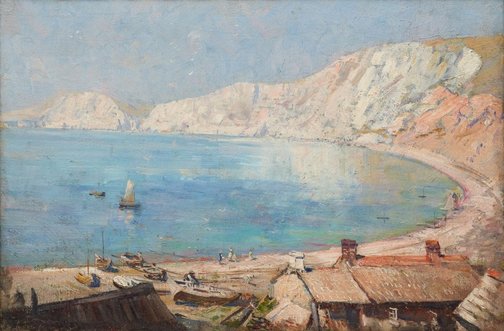 A bay scene on the Southern Coast, England