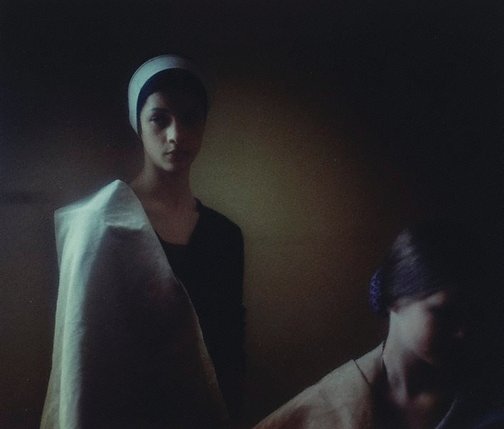 'Untitled 1974' was one of Bill Henson's earliest photographic series. When photographing the ballerinas, he found himself fascinated by faces, 'lost to the world, absorbed in the dance. So I photographed their faces rather than their bodies. I was drawn to the spirit of some person in a space.' Bill Henson 2004

Sequences are an important part of Henson's work, creating a dialogue between the images and enhancing both the meaning and effect. An image that is hard to discern singularly becomes more readable as part of a sequence, while at the same time the whole sequence seems to become more ethereal and requiring of an emotional response.