The martyrdom of a bishop by burning 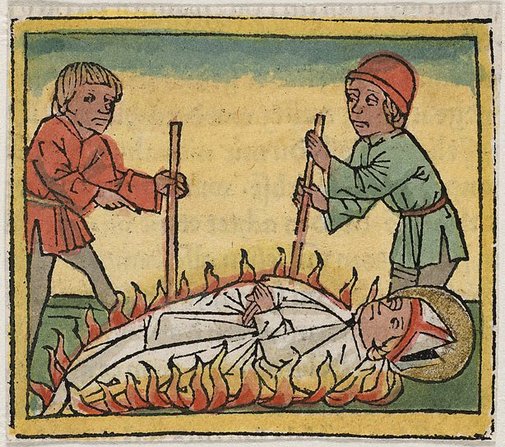 From 'The Golden Legend', published by Günther Zainer, Augsburg 1471-72

The Bavarian town of Augsburg was one of the most important centres of woodcut production in the late 1400s, due in large measure to the publishing house set up there by Günther Zainer. Between 1471 and 1472 he issued the first printed book to be extensively illustrated - a German translation of Jacobus de Voragine's 'The Golden Legend' -- a compilation of the lives of the saints. It was quite usual for early woodcuts to be 'enhanced' with hand-colouring, although the colour on this impression could have been added as late as the 17th century.

Unknown
The martyrdom of a bishop by burning