Ôkawa bank, from the series New hundred views of Japan 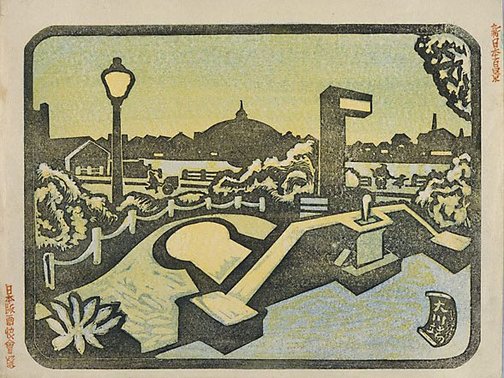 Taninaka was one of the most talented and original print artists in modern Japan whose work focused on urban life. Taninaka stands out among his peers for his originality and uninhibited imagination. In this print Taninaka depicts Ôkawabata, a part of the Sumida River in Tokyo and a popular picnic and entertainment destination since the Edo period, disturbingly deserted. The atmosphere of disquiet would be even more intense and perturbing for a Japanese viewer for whom Ôkawabata would resonate with pleasurable associations of crowded days of merriment. (Art Gallery Handbook, 1999, p. 284).

Signed l.r., in Japanese, ink, incised on block "Yasunori saku [made by Yasunori] ...".
Not dated.

Browse other works by TANINAKA Yasunori 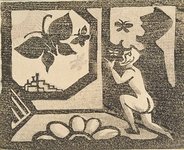 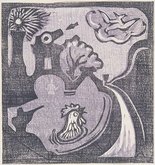