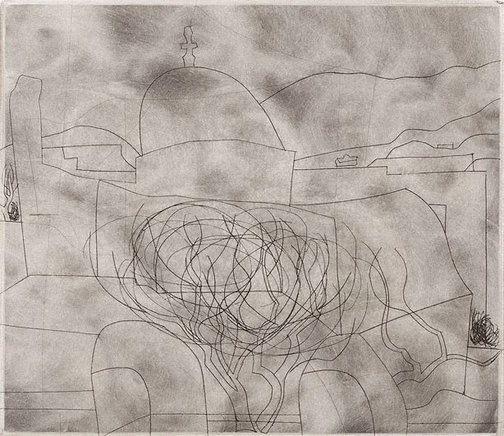 Between 1965 and 1968 Nicholson worked with François Lafranca, a Swiss printer, to produce a series of etchings. The subjects are mostly of buildings and architectural fragments which Nicholson had seen and drawn during his travels in Italy and Greece.Typically the forms are drawn with a precise outline. But in the case of this etching the artist created an attractive atmospheric effect by rubbing ink onto the surface of the copper plate before printing it.

In an interview in the Sunday Times, 23 April 1963, Nicholson said that there was a difference between contemplating a building and penetrating it by drawing it: "If I am drawing a piece of Greek or Italian architecture I draw the forms, but it is the spirit of the building that I am contemplating, not its stones".

Browse other works by Ben Nicholson 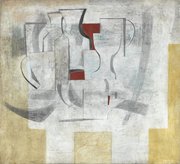