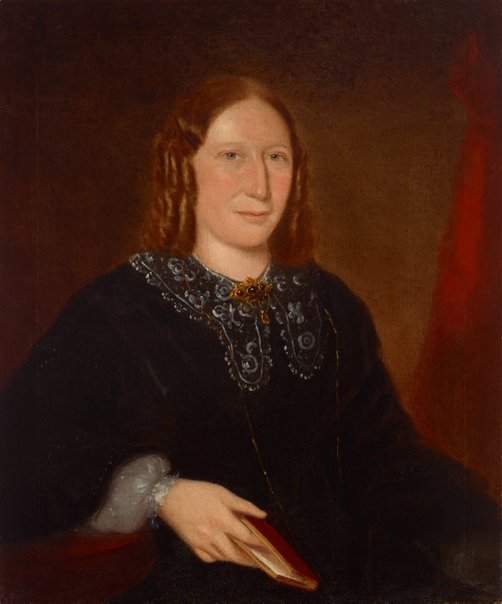 London-born convict artist and portrait painter, Joseph Backler was transported for life to the colony of New South Wales in 1831 for forgery. In 1842 he was granted a ticket-of-leave and the following year advertised in Sydney as a 'Portrait, Miniature and Landscape Painter, in oils and watercolours'. Backler spent the following 50 years establishing himself across NSW and Queensland as a skilled portrait painter.

His clientele were mostly from the middle echelons of colonial society, who commissioned the artist to produce accurate depictions of family members. In 1858 Backler completed two portraits of John Thomas Wills (1824–60) and his wife Elizabeth Wills (neé Porter, 1825–1908)). Elizabeth Porter, one of nine children to convicted forgers Thomas and Sarah Porter, was born in Sydney and married John Wills in 1847. When John died 13 years later, Elizabeth cared for their 8 children with the substantial endowment left to her. Backler portrays Elizabeth elegantly attired in a black dress with a fine lace collar adorned with a jewelled brooch. The book held in her right hand indicates her educated, middle-class status.

Gift of Greg Waters in recognition of the Wills Family 2016. Donated through the Australian Government's Cultural Gifts Program

Browse other works by Joseph Backler