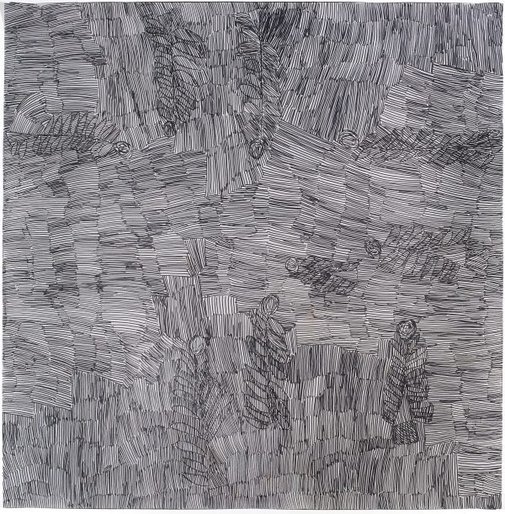 Nyapanyapa Yunupiŋu's paintings are truly unique, both in their subject matter and in their execution. She only began painting regularly with natural pigments on bark and larrakitj (hollow logs) in 2007 and has quickly become recognised for her originality and spontaneity. Rather than depict ancestral stories she has inherited from her family, Yunupiŋu's earliest works focused on particular events from her own life, rendered in animated detail. More recently she has created works which she describes as Mayilimiriw - meaningless. In these works the rhythm of painting and the combination of form, line and colour become the work itself.

Nyapanyapa Yunupiŋu's drawings are a stark contrast to the highly geometric works being produced by most artists working in Yirrkala today and to the tightly composed paintings produced by artists in the past such as her father, Muŋgurrawuy Yunupiŋu.

Yunupiŋu's works offer a dynamic new development in the art of Yirrkala as she purposefully chooses not to engage with the ancestral narratives of her community, not out of any lack of respect but rather as a decision to pursue an individual artistic path, a position complementary to her distinctive aesthetic and her enjoyment in the act of painting itself. 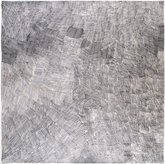