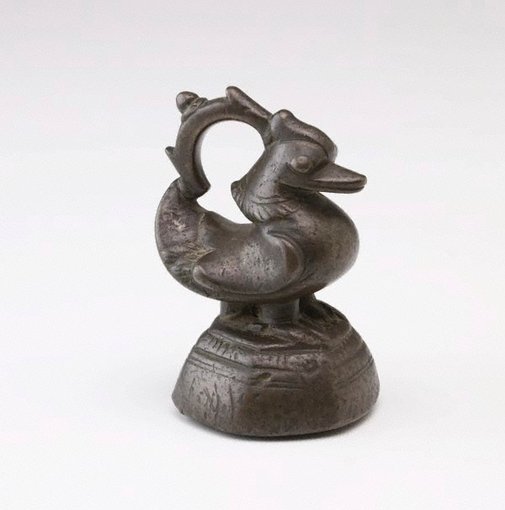 Popularly referred to as 'opium weights', they were used to gauge the weight of the daily items of commerce found in the markets. Weights are usually in the form of birds or quadrupeds. The Hintha bird is one of the most commonly depicted birds. The emblem of the Mon kingdom which once ruled over lower Burma, it has a duck's beak and feet and a crested comb. The small seal impressed on the hexagonal base below the hintha's right foot is the official seal legalizing the weight. Such seals were applied by officials responsible for checking the weights.