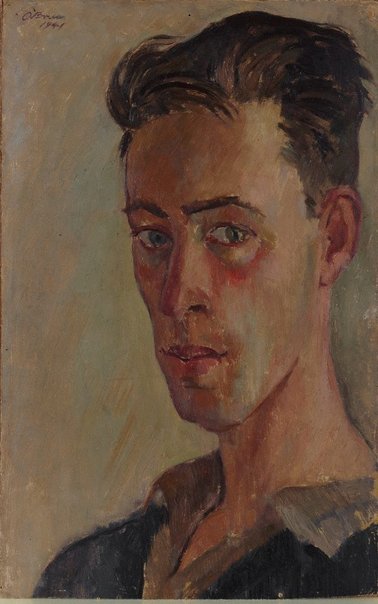 Growing up in south-western Sydney, Justin O’Brien left school at the age of 14 to begin private lessons with Edward M Smith, a portrait painter and teacher at East Sydney Technical College. O’Brien drew from anatomical casts and painted still-life arrangements set by his teacher. After four years of study he taught at various convent schools and became involved in the NSW branch of the Contemporary Art Society.

Enlisting in 1940, O’Brien was captured by the German army and spent almost three years in a prison camp, first near Athens and then in Poland. At the camp, O’Brien set up an art class, where his students drew and painted one another. This rare self-portrait was painted during O’Brien’s internment in Greece, and attests to his embrace of modernist modes of expression, which he studied through books available in the camp’s library.

Purchased with funds provided by the De La Salle Brothers 2010

Browse other works by Justin O'Brien