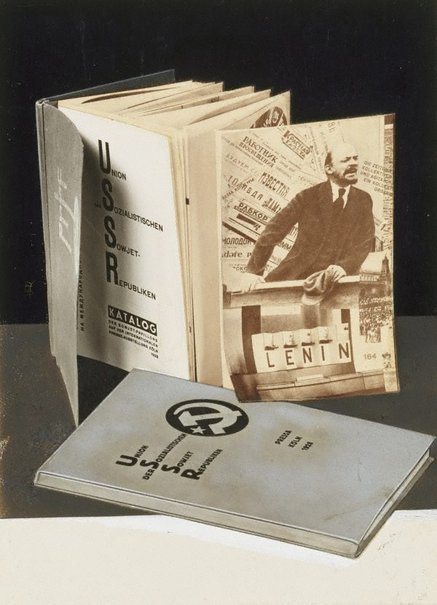 ‘The artist’s work lies beyond the boundaries of the useful and the useless. It is the revolutionary path along which the whole of creation is striding forward and along which man must also bend his steps.’ El Lissitzky 1920 1

El Lissitzky is one of the most influential artists of the 20th century, embodying the spirit of the ‘new art’ which crossed traditional boundaries between architecture, design and fine art. Lissitzky’s influence is not just limited to constructivist tendencies or to suprematism. His use of photography with montage and collage was influential for the design department of the Bauhaus and opened the way for critically inspired dada works, both as art and as political comment. The trajectory of art into life, including the innovatory use of text and image in both art and design, continues throughout the 20th century into the present. There is a direct lineage through dada to conceptual art and various forms of protest from the situationists to Barbara Kruger. The belief that art could and should be used in the service of humanity – to improve the built environment or educate the masses – was an important part of the revolutionary art of the early 20th century.

This work is an original photo-collage with ink and painted additions by Lissitzky. In 1928 he was the official designer and commissioner for the Soviet pavilion at the Köln International Pressa exhibition. The exhibition showed graphic design, publishing and press material and Lissitzky was in charge of arranging the pavilion and designing the catalogue. His design for the exhibition brought together architecture, graphics, photography, film and sound. He combined photomurals, and letters of every thickness and type running in every direction, turning the Soviet pavilion into a vast multimedia installation. This photo-collage can be read as a maquette that gives us an idea of the spirit of the installation and the catalogue it depicts.