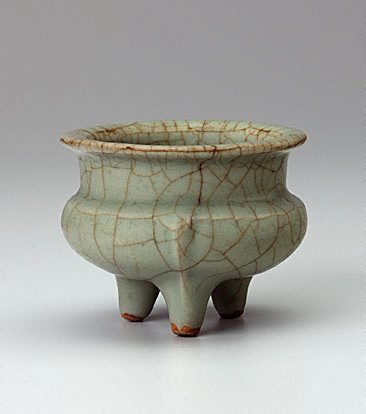 Popular among the Song court bureaucracy were ceramics with the appearance of 'crazing' (fine lines produced by the shrinking of the glaze in the kiln) in their thick glaze, enhanced by rubbing ink into the cracks. Wares such as this, known as Ge wares, are thought to have been produced at the Longquan kilns, probably only from the Yuan and early Ming periods, although traditionally they are considered a Song ware.