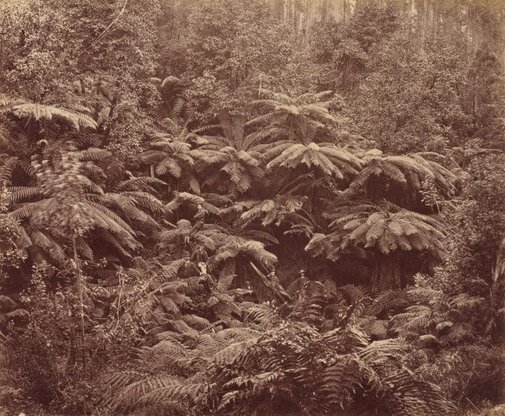 Anson Brothers was a photographic firm based in Hobart. Founded by brothers Joshua, Henry Joseph and Richard Edwin Anson, they took over the premises of Samuel Clifford’s former studio and continued his practice of view photography. The initial years of the firm were compromised by the imprisonment of Joshua Anson in 1878 for stealing photographic equipment from his former employer, Henry Hall Baily. The firm produced remarkable photographs of Tasmanian scenery which were awarded medals at the 1883–84 Calcutta International Exhibition and the 1888–89 Melbourne Centennial International Exhibition. This photograph appeared as the centrepiece for an advertisement for W Webster’s (active 1887) Half-way house on Huon Rd.