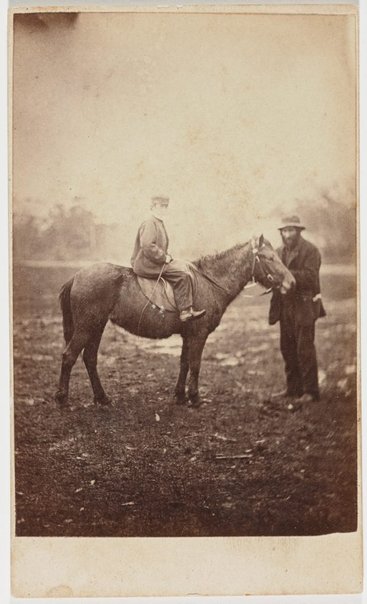 Thomas Wyatt initially pursued a career as a painter, but received little public encouragement; his compositions being found ‘stiff, inexpressive, and unskilfully overlaboured’. In 1857 he established himself as a professional itinerant photographer, working in numerous towns in rural Victoria and South Australia.