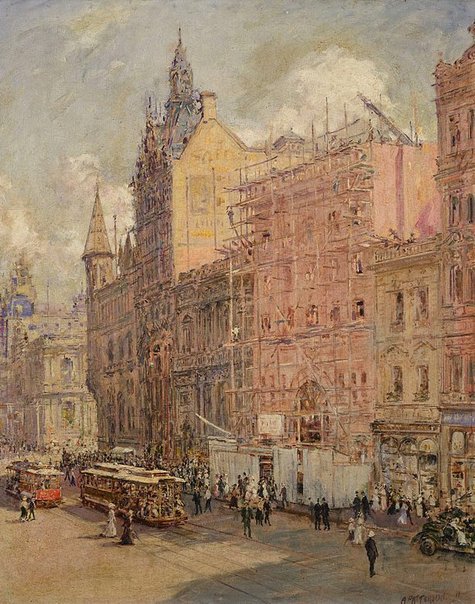 Elioth Gruner (Organiser), The exhibition of Australian art to be held at the galleries of the Royal Academy London, 1923, Sydney, 1923. not paginated, cat.no. 130, titled 'Collins Street, Melbourne'

Browse other works by Ambrose Patterson