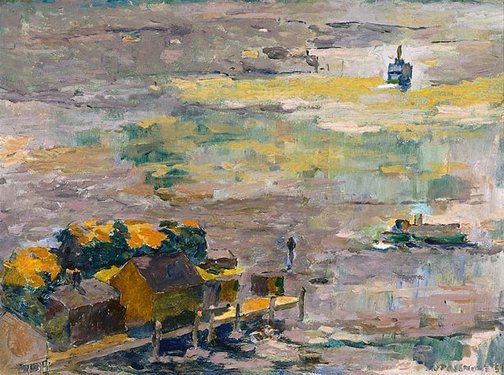 Passmore had an extraordinary impact on the development of art in Sydney following his return from Europe in 1951. At the Julian Ashton Art School he taught John Olsen and William Rose among others.

His art at this time closely identified with the city and its spectacular harbour. He painted directly from the motif from his studio in the school, located above the Mining Museum in George Street, and which afforded views of the Harbour across Miller's Point. Works painted at this time tended towards an analysis of the effects of atmosphere, capturing the mass of cloud, water and trees and exemplifying his skillful sense of tone in colour and masterly handling of paint.

Censuring superficial comparison made between Passmore and Cézanne, Robert Hughes, commenting upon another work depicting the same motif, 'Miller's Point, Morning', also in the Gallery's collection, wrote in 1966:
"'Miller's Point, Morning' does not give us a world of structure, nor do we feel that we are looking at the harbour from a fixed point. The landscape is seen, as it were, from the centre. There is nothing soft or indecisive about the play of its forms. Yet they do not add up to a cumulative structure. They confront us with a world of subtly differing resistances." 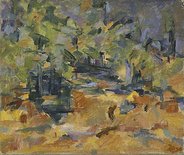