Armband for a warrior or hunter 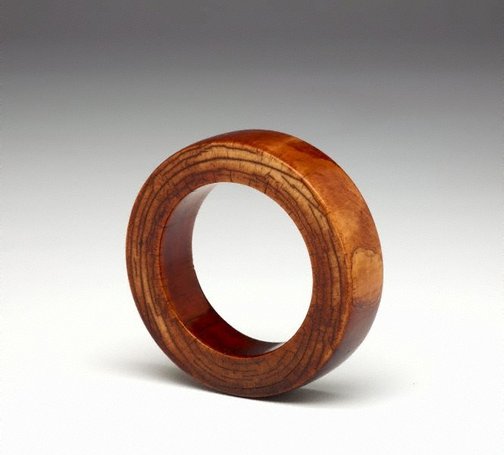 Among the Dayak and Iban societies of Borneo, armbands and bracelets made from wood, shell, ivory and various metals are worn by males and females of all ages. Adornments such as this elegant and richly patinated armband of Kenyah or Kayan origin were made from imported and locally
sourced ivory.

The armband would have been considered an item of value associated with high status and may have been worn by a hunter or warrior as a prized trophy to empower the wearer with the animal life-force of the hunted creature.

Armband for a warrior or hunter