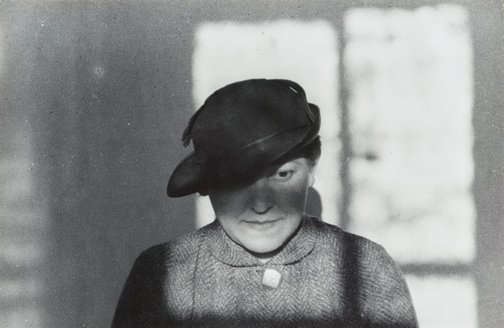 ‘Photography – the new, rapid, concrete reflector of the world – should surely undertake to show the world from all vantage points, and to develop people’s capacity to see from all sides. It has the capacity to do this.’ Alexander Rodchenko 1928 1

Rodchenko was the founder of the constructivist movement and although he is well known for his revolutionary painting and sculpture, he was, like El Lissitzky, open to all media and particularly to new technologies and new ways of using existing media. While the constructivists are associated with radical abstraction and formal innovation, they were strongly motivated by the relevance of art to society. They worked across graphics, interior design and architecture and took to photography as exemplifying the new objectivity.

Rodchenko and other members of the avant-garde sided with the Bolsheviks in the Russian revolution, lending their support as radical artists to the political struggle. They became, for a short time at least, the official artists of communist culture. Their abstraction lent itself to application as text that often made up the blocks of colour and dynamic diagonals which gave their work in exhibition design, posters and murals its characteristic dynamism. They believed that the creation of a new society required the creation of new forms. They also strongly argued that the viewer must become an active participant in the work, a philosophy that was to pervade avant-garde art throughout the century.

This photograph of Rodchenko’s wife Stepanova in a hat emphasises the formal aspect of the image, subordinating the likeness of the woman within a grid formed by the play of light falling across the scene. The figure is cut by the shadow of the window frame and although light falls on the wall behind her and on the lower part of her head, the horizontal shadow obscures much of her face. The strongly lit button of Stepanova’s coat detracts further from her face, with her averted eyes half hidden behind the rim of her hat.

Browse other works by Aleksandr Rodchenko