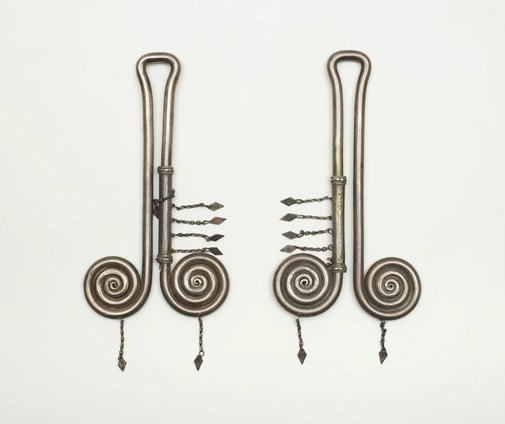 The Batak people of North Sumatra inhabit the mountainous interior region centring round Lake Toba. The lake and Samosir Island on the lake are at the heart of Batak activities and culture. Aside from the Toba group, the Batak identify themselves as belonging to five other distinct communities. The Pakpak Batak live west of the lake, the Karo are north-west and the Simalungun are east of the lake. The Angkola and Mandailing Batak who do not share their borders with the lake are further south and in closer proximity to the Indian Ocean. Whilst the Batak have long maintained trading links with coastal communities, especially along the Strait of Malacca,their relative isolation meant that they did not experience direct contact with Europeans until the mid 19th century when they were introduced to Christianity by Dutch missionaries. Whilst most Batak villagers converted to the new monotheistic religion they never entirely abandoned their pre-Christian animist cosmologies and as a result some interesting and syncretic religious practises were established.

The jewellery of the numerous Batak groups of north Sumatra form an integral part of the ritual items used in traditional marriage negotiations
and to indicate complex kinship patterns and marital status. These large ear ornaments known as ‘padung-padung’ are a distinctive element of Karo
Batak adornment. The stylised spiral forms – a ubiquitous motif in the art and jewellery of the region, with strong associations of fertility and continuity – are embellished with delicate filigree bands and small pendants embossed with five pointed stars, reflecting the Karo Batak fusion of local styles with neighbouring Achenese, Malay and Minangkabau cultural influences. Although worn by women of all ages and marital status at large festivities, ‘padung-padung’ are typically associated with married females, who wore them on a daily basis in place of other adornments. When worn in pairs, one ornament was positioned with the spirals hanging down
towards the face with the other pointing in the opposite direction. The heavy earrings would have been inserted into stretched earlobes and attached to a women’s headcloth to support the ornament’s weight.

In some cases the form of the earring was completed whilst attached to the ear and the ornament was only removed after death. More elaborate renditions including a sliding clasp as found on this example were rarer but gave the wearer options for removing the earring. The chain tassels which would hang vertically make this a more decorative and unusual example of the ‘padung padung’ ear ornament.