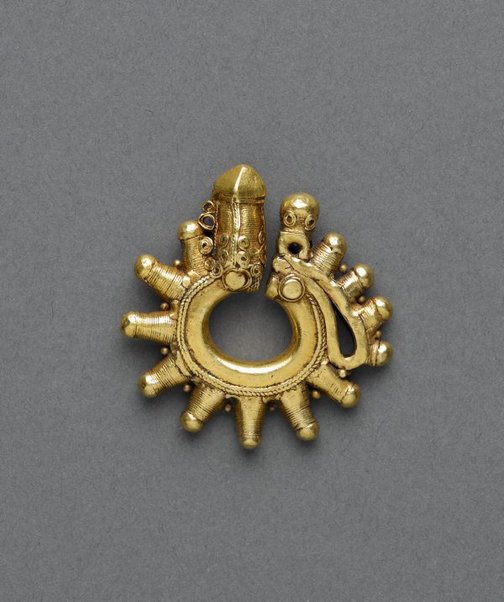 The Batak people of North Sumatra inhabit the mountainous interior region centring round Lake Toba. The lake and Samosir Island on the lake are at the heart of Batak activities and culture. Aside from the Toba group, the Batak identify themselves as belonging to five other distinct communities. The Pakpak Batak live west of the lake, the Karo are north-west and the Simalungun are east of the lake. The Angkola and Mandailing Batak who do not share their borders with the lake are further south and in closer proximity to the Indian Ocean. Whilst the Batak have long maintained trading links with coastal communities, especially along the Strait of Malacca,their relative isolation meant that they did not experience direct contact with Europeans until the mid 19th century when they were introduced to Christianity by Dutch missionaries. Whilst most Batak villagers converted to the new monotheistic religion they never entirely abandoned their pre-Christian animist cosmologies and as a result some interesting and syncretic religious practises were established.

‘Duri-duri’ translates approximately as thorns and aptly describes the multi pronged shape of this type of ear pendant. Where there is a single large phallic-like thorn the pendants are known as ‘duri duri’, where two such protuberances flank the opening and the entire form takes on the symbolism of the female genitalia the pendant is known as a ‘sitepal’. As such the two pendants function to symbolise the union of the sexes, and like other objects in the collection, such as the Sumbanese ‘mamuli’, accession no. 265.1992, this object is associated with fertility and its form which incorporates both the male and female reproductive organs suggests the unisex nature of its use. This ear pendant might have been worn by either a male or female member of the Toba Batak community, either as a pair or on its own. However, because the spikes would prevent it from being worn through an opening in the earlobe, it was instead attached to the upper ear by string or worn on a string tied around the forehead or chest.Very few ‘duri duri’ were made of solid gold and were instead produced from a number of different alloys that were, like this example, gilt with gold leaf.