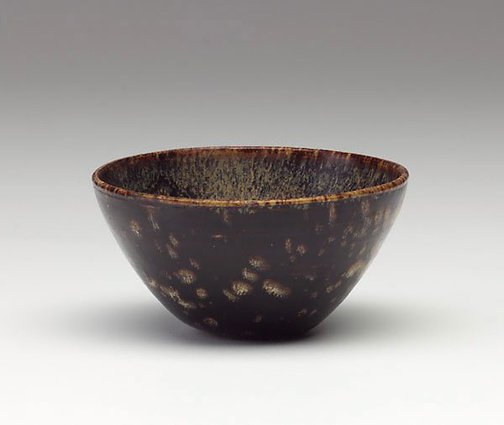 The imperial court was forced to leave its capital at Kaifeng and flee south to Hangzhou in 1126. Among the southern kilns that were imposed upon to increase and improve production under the new patronage of the Southern Song court were those of Jian in Fujian province and Jizhou in Jiangxi province. These two centres were almost exclusively concerned with the production of tea bowls. The popularity of their bowls was a response to the rise of the tea cult and an aesthetic preference for drinking pale tea out of dark glazed bowls. The motif of the plum blossom appears in the art of Song dynasty China from the 1100s, with poets, court painters and craftspeople delighting in its transient beauty.

Such Jizhou ware glaze transmutations as 'partridge feather' and 'tortoise shell' were admired by the literati and Chan Buddhist monks. A Jizhou innovation was the use of cut-out paper patterns for reserve designs.

Browse other works by Jizhou ware 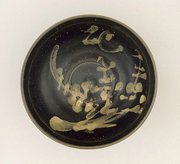