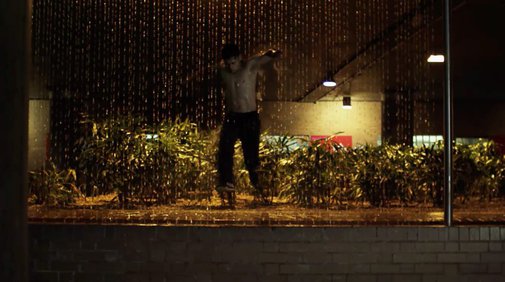 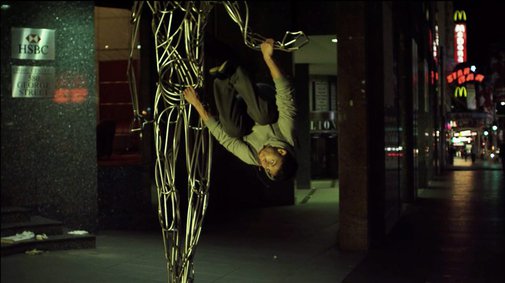 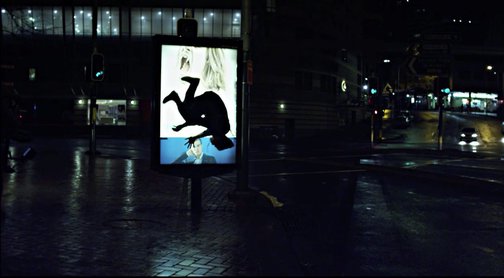 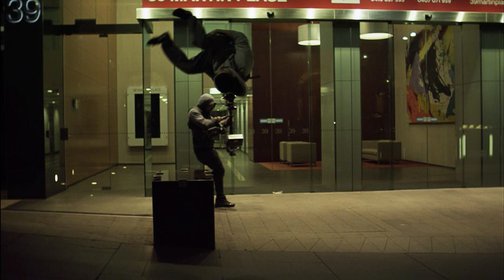 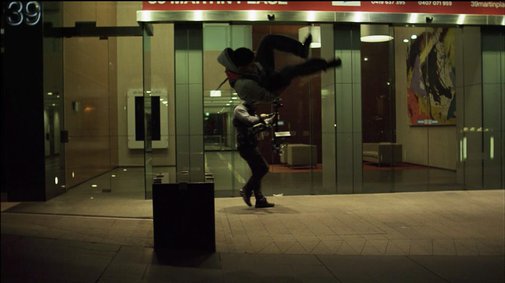 Shaun Gladwell is best known for his portrayal of the body engaged in extreme activities within the urban landscape. He is interested in the inventive ways in which public spaces can be repurposed by people through their presence and movement. In 'Midnight traceur’ 2011, Gladwell films a practitioner of parkour or 'traceur' skillfully traversing the Sydney CBD at night.

Gladwell states: I'm really interested in people performing in urban spaces, at night, in the raw … that comes from my experiences as a kid. I enjoy watching athletes push the barriers, particularly outside the competition format when they have to think for themselves. I don't distinguish [sport] from art. To me, that is the same objective as contemporary art [1].

Browse other works by Shaun Gladwell