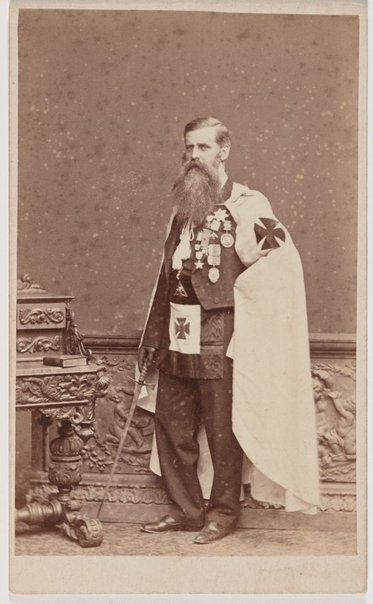 Johnstone, O’Shannessy & Co was a leading Melbourne photographic firm established by Henry James Johnstone and Emily Florence Kate O’Shaugnessy (spelt O’Shannessy in the firm’s stamp). Charismatic and flamboyant Johnstone took outdoor photographs and portraits of male notables, while O’Shaugnessy, who had previously operated her own studio, photographed female sitters and supplied the darkroom expertise, colouring and developing the negatives. The firm received a medal at the 1866 Melbourne Intercolonial Exhibition for their coloured, plain and ‘mezzotint’ photographic portraits. They also exhibited photographs on porcelain coloured in oil and watercolour at the Philadelphia Centennial Exhibition in 1875. At the 1888 Melbourne Centennial International Exhibition, the firm installed a special pavilion for the display of photographs in all processes, lavishly decorated with satin-covered walls and a miniature fountain.