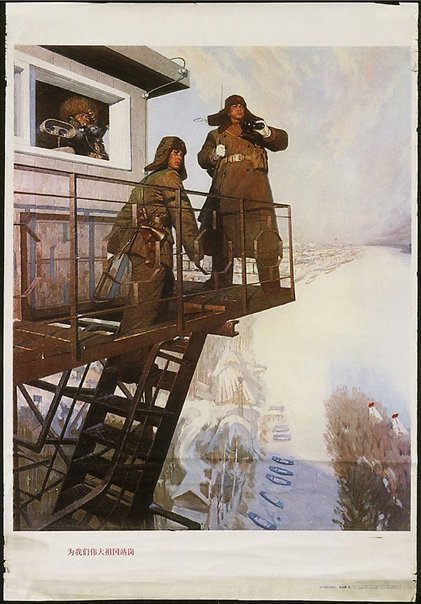 Shen Jiawei joined the corps in the early 1970s.This was not painted to official order, but the artist says he was educated in the Communist Party ideology, and his beliefs are reflected in this painting. Soldiers stand on the military watch tower, guarding their fatherland(Chairman Mao, being the father figure)against the Soviet imperialists. When this was exhibited at the National Art Exhibition in Beijing in 1974 Jiang Qing, Maos wife, highly commended this work and as a result it was printed as a poster. Over half a million copies were printed.