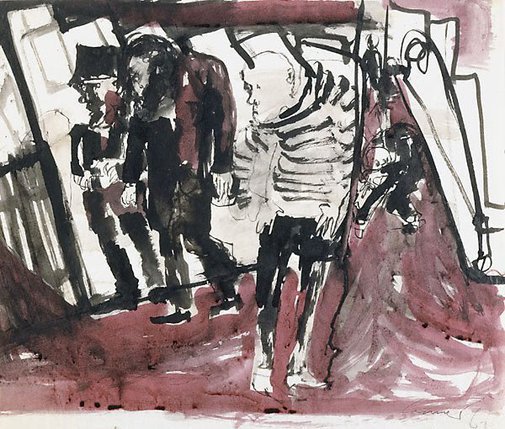 For Kevin Connor, the act of drawing demands close observation and the articulation of images that are already a part of his subconscious or memory. Most of his drawings are for private use, with few intended for exhibition or sale, and his favoured medium is pen or brush and ink. Kevin Connor was first attracted to the Haymarket, a run-down area of Sydney from the early 1960s, inspired by its down-at-heel characters, its industry and old memories, and has returned to it as subject over many years. His urban vision is tempered by the human concerns that are central to all of his work. The Gallery has over one hundred Connor drawings, including a large number from the Haymarket series.

brush and black and red ink and wash

Browse other works by Kevin Connor