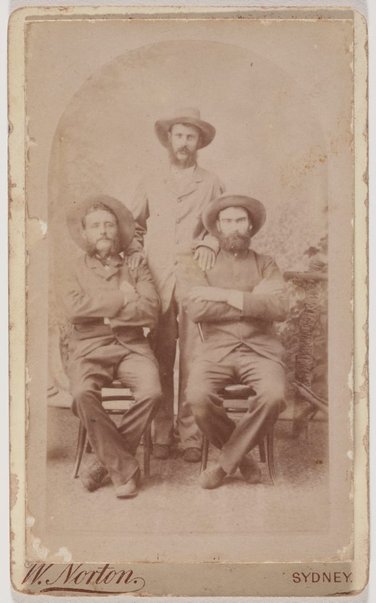 Wykes Norton was a professional photographer based in Sydney and proprietor of the Royal Studio.

Invented in 1856 by Professor Hamilton Smith in Ohio, USA, the tintype is a unique image made on a thin sheet of iron coated with a black or brown lacquer or enamel. An inexpensive and popular process often used for portraits, it has a limited tonal range and images appear flat and soft.

Browse other works by Wykes Norton