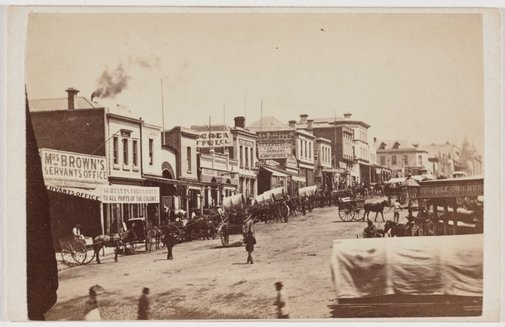 Research suggests that this Charles Nettleton Carte de Visite of Bourke Street, Melbourne 1867-74, depicts a similar area and scene to that of Tom Robert’s 1886 painting 'Allegro Con Brio, Bourke Street' in the collection of the National Gallery of Australia, Canberra. This information is corroborated by the presence of John Danks’ business signage in both images which existed at the same address on Bourke Street for over a century.