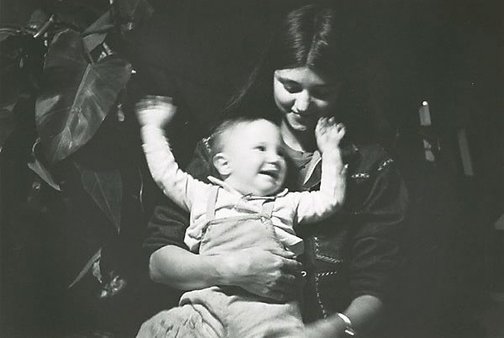 Australian photographer Christine Godden spent the majority of the 1970s in the United States, after travelling throughout Asia and Europe. During her six years there she completed a Bachelor of Fine Arts at the San Francisco Art Institute in 1974 and a Master of Fine Arts degree at the Visual Studies Workshop in Rochester in 1978. The knowledge of the history of the medium of photography and visual anthropology that Godden developed during her time there was influenced by her engagement with contemporary feminist theory, which would have a continued resonance in her work. In 1978 she returned to Australia to become the director of The Australian Centre for Photography, Sydney.

Godden’s photographs, whether they are intimate portraits or studies of her surroundings, appear at first to be snapshots due to their distinctly personal subject matter. Her work combines an intimate vision with a formalist sensibility and an understanding of the fine print tradition. These are sophisticated and compelling photographs that celebrate the nuances of the everyday. In much of Godden’s work this is expressed in her observation of the domestic experience of women. Her photographs resist being situated beyond what has been captured in the frame; at the same time they evoke a powerful nostalgia and take on a remembered quality which recalls a time beyond the moment that has been isolated by the camera.

Reflecting on the exhibition ‘Family 1972 – 1974’ at The Australian Centre for Photography in 1986, where this work was exhibited, Godden commented, ‘At the time I never imagined the family would scatter, that we would all compromise, that fifteen years later the quality of optimism that the closeness of friendship represented in these images would feel so foreign to me… These images are from another time, another place, another photographer.’

Bobby with Amitabha at night

Browse other works by Christine Godden