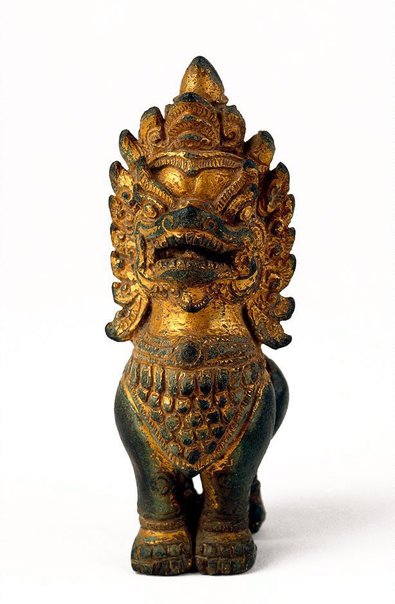 Lions are an important motif in Southeast Asia, arriving in the region with the spread of Hindu and Buddhist ideas. They are identified with heroism and leadership, and therefore are symbols of royal power. Lions were depicted as guardian figures in temples, but were also representative of royal patronage. This small metal lion is highly stylised in a manner typical of central mainland Southeast Asia. The creature crouches in a strong frontal pose. Its body is compact and stocky, and tail curls upwards to touch the back of its head. Wide, pointed snouts dominate its fierce face. In keeping with the lion's association with kingly status, its chests display patterned breast-plates.