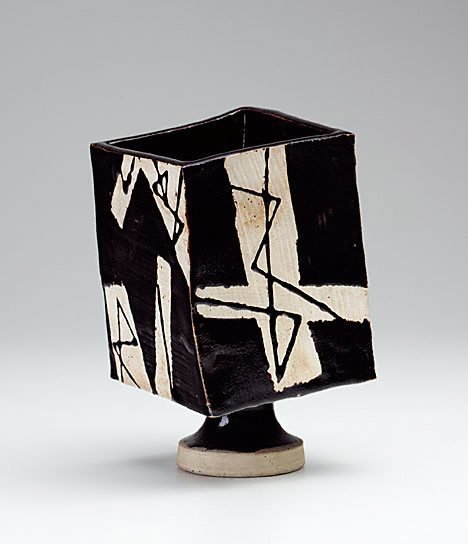 Suzuki Osamu is an important figure in the avant-garde movement of Japanese ceramics. Born in Kyoto in 1926, he graduated in ceramics from the Kyoto Municipal Technological School in 1943. Suzuki first exhibited in 1947, in the third 'Nitten' (Japan art exhibition). In 1948 he was one of the founders of the avant-garde 'Sodeisha' group, with whom he exhibited regularly.

Suzuki entered the competition of the 'Shinshôkai' (New Craftsman's Group) in 1949, which was at the time headed by the potter Tomimoto Kenkichi, and won a prize for his piece. Suzuki participated in many exhibitions, both in Japan and overseas, and has been awarded many prizes. For some years he was a judge for the Japan Traditional Crafts exhibitions. Following the death of Kazuo Yagi in 1979, Suzuki became head of the Sodeisha group, and his work was included in the group's exhibition that toured Australia in 1979-81.

In much of his work, Suzuki has been inspired by the neolithic clay figures called 'doguu', as well as by the slightly later 'haniwa' figures. While the source of his inspiration is these figures, he has abstracted his shapes and is concerned with exploring and disrupting the planes and textures of the surfaces of his objects. Suzuki worked in celadon as well as with plain clay. 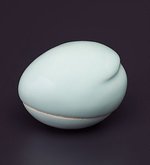