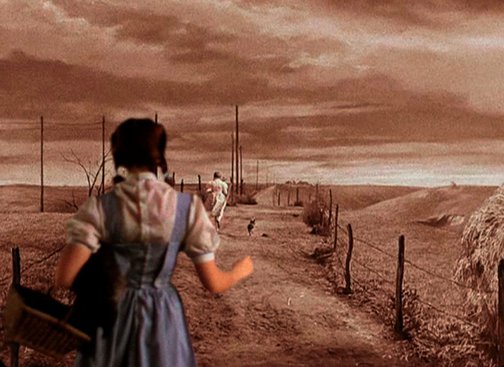 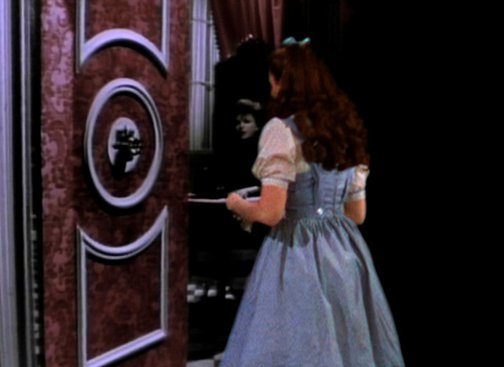 Soda_Jerk is a self-described two person art-collective that formed in Sydney in 2002. Working with sampled material which takes the eventual form of videos, cut-up texts and lecture performances, Soda_Jerk produce complex yet eloquently legible meditations on the pliability of time and space. Currently based in New York, Soda_Jerk also collaborate with others such as artist Sam Smith, musicians The Avalanches (in their highly sophisticated 13:40 minute video piece The Was, 2016), and pioneering feminist new-media collective VNS Matrix.

After the rainbow is an important and formative early work that was produced as part of the Dark matter series that the pair began in 2005. Soda_Jerk discuss this 5:42 minute work as part of ‘an ongoing cycle of video installations that are concerned with personal and historical experiences of time, and how these relations are mediated by screen technologies…each work in this series takes the form of a séance fiction where encounters are staged between the past and future selves of a deceased screen star.’

In After the rainbow the life of fated actress Judy Garland folds back on itself as cinematic fantasy bleeds into biography. In a re-imagined opening sequence to The Wizard of Oz (1939), the twister transports the young Garland (as Dorothy) into an encounter with her disillusioned adult self. Far from nostalgic, this mediated mode of time travel is both haunting and hypnotic.

As the video continuously loops this temporal collapse between alternative splices of cinematic past is restaged over and over again. All filmic bodies are caught in this kind of cyclical purgatory, forced to perform the same gestures over and over again with each replay, but here we confront a wrinkle – or rather a glitch – in the closed circuit of the cinematic instant. Embedding scenes from both iconic and B grade films, including Donnie Darko (2001), Easter Parade (1948), Meet Me in St. Louis (1944), Twin Peaks: Fire Walk with Me (1992), Planet Terror (2007) and Vertigo (1958) alongside The Wizard of Oz, Soda_Jerk adopt the warped montage mechanics of memory as a structural device. What results is the melancholic swansong of an ill-fated star that is at once retrospective and projective.