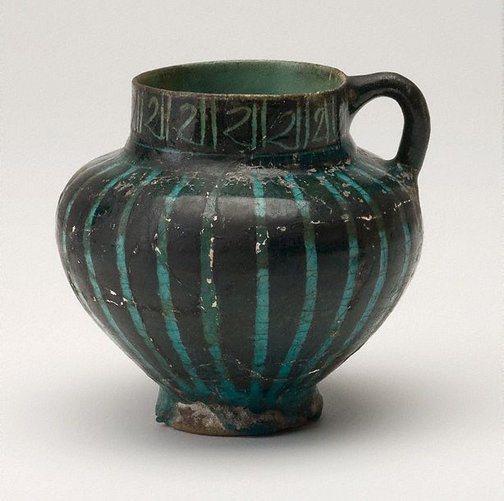 During the 12th century transformations in techniques were occurring in regards to ceramics throughout the Islamic world. This was evident in Persia with what was to become known as 'silhouette wares', which were to mark the transition to underglaze painting.

This jug (or cup) known as 'Persian silhouette ware', had a black glaze slip applied first with either a brush or knife creating heavy dark outlines. Over this a transparent glaze was added, in this case a turquoise colour. These wares are further identified as being potted with thinner walls in comparison to the 'lakabi' polychrome pieces also of the period. This piece may have been from Rayy, or probably Kashan.