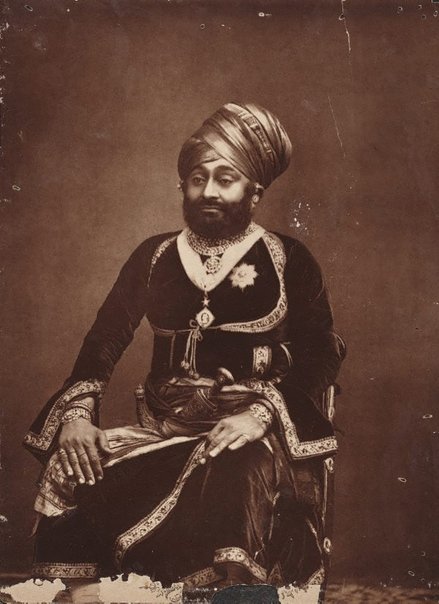 Charles Shepherd was active in India from the 1858 to the 1878. He went into partnership with Arthur Robertson in 1862, running studios in Agra and then Shimla. The partnership dissolved in 1863, and in 1865, Shepherd joined Bourne. Shepherd's photography included the landscapes and people of northern India. Shepherd probably left India around 1878.

This is a three-quarter-length, seated portrait of H.H. Raj Sahib Mansinghji II Ranmalsinhji, the 42nd Raj Sahib of Dhrangadhra (1837-1900) from the ‘Album of cartes de visite, portraits of Indian rulers and notables’ by Bourne and Shepherd.