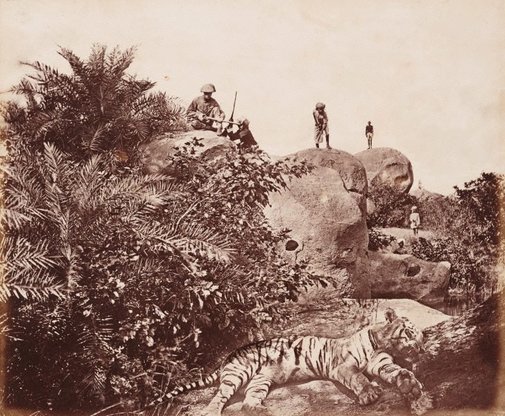 Willoughby Wallace Hooper (1837-1912) was a keen amateur photographer and held a position in the Secretary's Department, East India House. In 1958, he was commissioned to the 7th Madras Light Cavalry and later seconded from his military duties to photograph a series of ethnographical images in the central provinces of India which were circulated in India and Europe via collectors, albums, postcards and publications such as 'The People of India' (1868-75). This photograph made for an English audience is part of series of 12 entitled ‘Tiger Shooting’ in which dead and stuffed tigers were used to dramatic effect to stage the scene of a fictionalised tiger hunt. 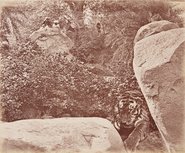