Classical composition with hawk and falcon 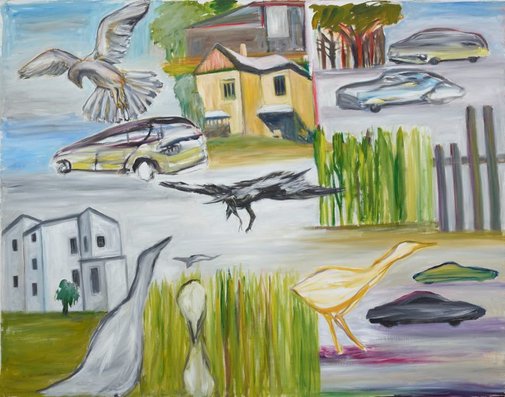 Ken Whisson is recognized as the quintessential 'cult painter' or 'outsider artist' in Australian art because his paintings and drawings challenge conventional taste and logic and were considered difficult by many people. His faux-naïve style of painting and drawing is influenced by the work of the figurative expressionists, particularly Danila Vassilieff and Sidney Nolan, who he came into contact with in Melbourne during the 1940s and 50s. 'Classical composition with hawk and falcon' 2013 is a recent work by Whisson that features recurring motifs in his oeuvre such as birds, cars and houses. In this painting Whisson describes the world as he sees it: contradictory, bizarre and ominous. 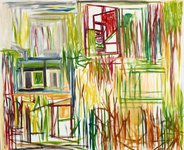 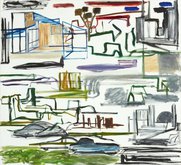