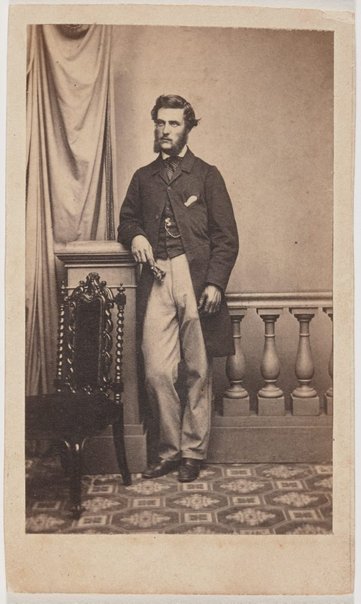 Born in Germany, Hetzer arrived in Sydney in 1850 and opened a studio the same year, advertising calotype portraits and views. Hetzer specialised in paper photography, which was a novel process in the colony, as well as stereograph views. He was assisted by his wife Thekla, who was one of the earliest woman photographers in the colony. In 1858 he made a series of 36 photographs taken with a stereo-view camera (available from 1855) of Sydney streets and buildings, which were funded by subscription. They were among the earliest outdoor photographs and were popular souvenirs; one set was owned by the architect Edmund Blacket. Hetzer was a prominent member of Sydney artistic and intellectual life; a member of the Australian Artists Society, and in 1859 exhibited in the inaugural photographic exhibition of the Philosophical Society of NSW. In 1862 he sent a coloured composite portrait of Freemasons, measuring over a metre tall, to the London International Exhibition, and for the 1867 Paris Universal Exhibition he produced images of the monuments of the expanding colony. Hetzer and Thekla left New South Wales in 1867 and their premises and negatives were purchased by John Degotardi senior.

A stereograph is a pair of photographs on a single support that, when viewed through a stereoscope, create the illusion of three-dimensionality. Taken with a dual-lens camera, the photographs exhibit very slight shifts in point of view to approximate human binocular vision. Viewing stereographs was a popular pastime from the mid 1850s to the 1930s.

Browse other works by William Hetzer