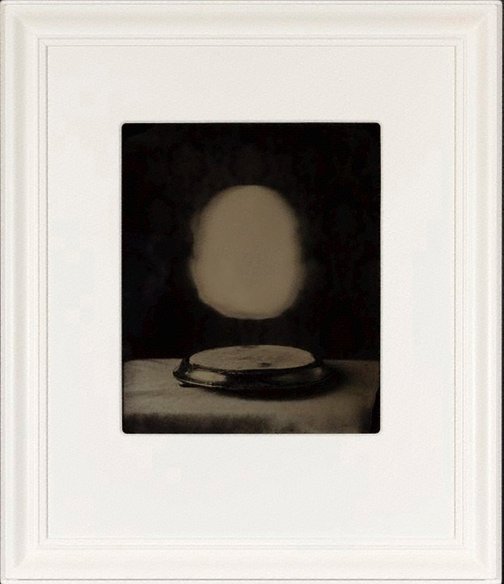 Born in Auckland, Ben Cauchi holds an Advanced Diploma in photography from Massey University, Wellington. A part-time photography lecturer for several years, Cauchi left teaching to dedicate himself to his artistic career in 2005. He has participated in numerous group and solo exhibitions since 2000, largely in New Zealand. His work has previously been seen in Australia as part of the Peter Fay collection touring exhibition ‘Home sweet home’ 2003- and most recently in Sydney with his solo exhibition ‘The Hermetic Seal’ at the Ray Hughes Gallery. In 2007 he will be Frances Hodgkins Fellow at the University of Otago, Dunedin (past winners include Fiona Pardington).

Ambrotypes were named after their populariser, the American James Ambrose Cutting who patented a specific variety of them. It is often assumed they are similar to the earlier daguerreotypes but they are quite different. An ambrotype is an underexposed and then developed collodian negative on glass which is backed with an opaque dark coating. It then appears as a positive image. As an ambrotype was easier to produce than a daguerreotype they quickly superseded the earlier medium and dominated photography in the 1850s and 60s. Ambrotypes, like daguerreotypes are unique objects.

Large ambrotypes however were rare due to the restrictions on plate and camera sizes at the time but Ben Cauchi has perfected the medium and has produced many in the last few years. In addition he works with another 19th century photographic medium – the tin type. He uses a variety of vintage large format cameras from stereographic to mammoth plate.

‘Photism’ continues Cauchi’s fascination (quite literally) with the effects of smoke and mirrors. Photism means a luminous image or appearance of a hallucinatory nature. The mirror presented in this ambrotype reflects (or does it emanate) a blur or smudge or is it smoke? Given that we are facing the image of a mirror which has been imprinted photographically onto glass and we can see nothing is a wry comment on what we might expect to see. The mirror which does not behave as we expect it to is paralleled by the content of other Cauchi ambrotypes – empty rooms, hands apparently emanating flames, the artist himself gesturing enigmatically, a shroud, objects which are apparently floating in space but on closer scrutiny the support is discernable.

Cauchi’s images pretend and portend and they are uniformly and whimsically fake yet they represent something. The beauty of the ambrotype with its rich blacks and soft greys and the elaborate frames Cauchi chooses create a tension with the content. Further we like to assume that anything photographically based must reflect reality – in some form however Cauchi’s ambrotypes reflect the artist’s interest in the illusory and our preconceptions. Aaron Lister has written: ‘It is not always easy to gauge where Cauchi’s allegiances lie, except to photography as both theatre and a medium of illusions. His photographs directly address the viewer, inviting us to share in this restaging of the smoke and mirrors lurking behind Victorian photography. But this intimate mode of address is as common to the art of the magician and illusionist as the complicit contemporary artist.’ [‘Smoke and mirrors’, Aratoi-Wairarapa Museum of Art and History 2005] 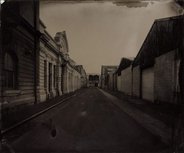