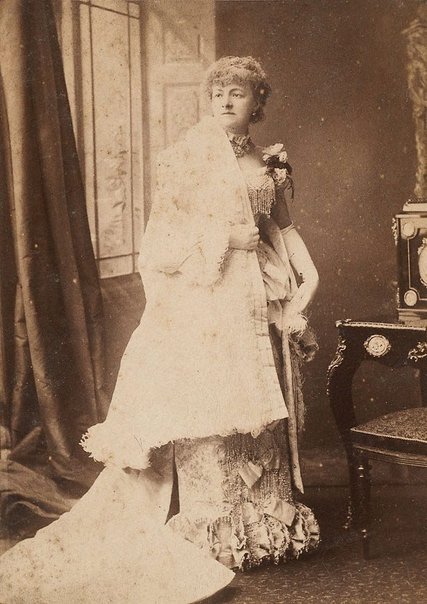 Cabinet cards were wildly popular during the 1870s and 80s. They superseded the carte-de-visite because they were larger and as a result presented more detail. Boning and Small had a studio at Baker Street London from 1879-95, opening a second studio on the same street in 1891.

This image of Madame Helena Modjeska is typical of the style of studio portraits that were popular. Considered one of Poland's greatest actresses, Modjeska was internationally renowned and toured extensively, performing in London and in New York, where she was celebrated for her interpretation of Shakespeare's leading female characters.