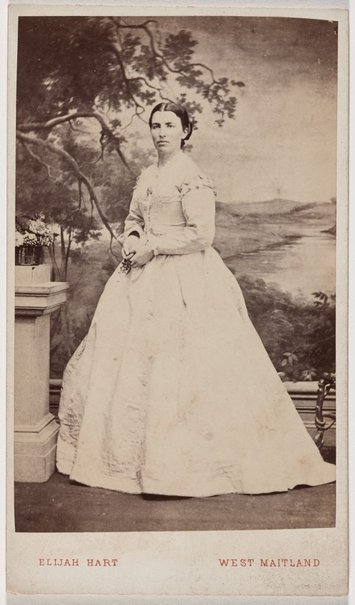 Elijah Hart was a well-travelled professional photographer. Before arriving in Australia in 1852 he visited China, Manila, California, the South Sea Islands and New Zealand. Hart established himself as a professional photographer in Sydney in 1852, offering hand coloured daguerreotype portraits and was one of the first to make use of the ambrotype process introduced to Australia in 1854. Hart gave up his Sydney studio in 1855 to travel around New South Wales, establishing a studio two years later in West Maitland. Hart regularly exhibited his work in Sydney and was a frequent contributor to the 'British Journal of Photography'.