This woman is not a car 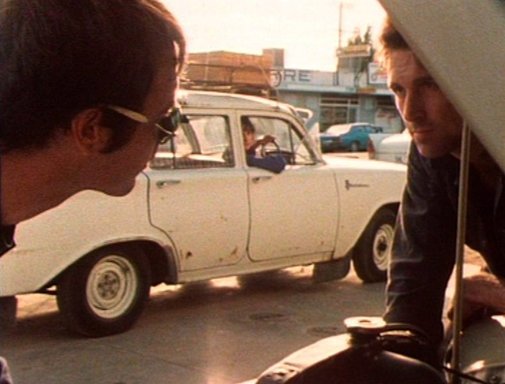 A mother, isolated in an outer Adelaide suburb drives a station wagon full of children to a distant beach. Imagination and reality fuse. Her sense of herself is assaulted by car-fetishists in a rural service station. Memory, fear and fantasy are interwoven as the film takes Woman’s assigned role in the ‘Australian Dream’ to its absurd conclusion.

Purchased with assistance from the Visual Arts Board, Australia Council 1986

Margaret Dodd
This woman is not a car