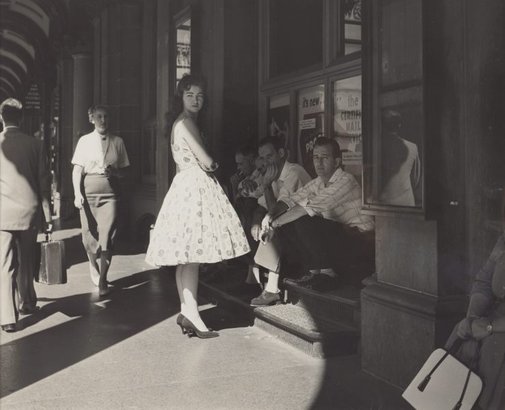 Max Dupain is Australia’s most celebrated modernist photographer. Born in the Sydney, Dupain practiced photography as a teenager, receiving his first camera in 1924. In 1929 he joined the New South Wales Photographic Society, and in 1930 was employed in the studio of prominent Pictorialist Cecil Bostock, where he received solid training in all aspects of photography. He established his own studio in Sydney in 1934, servicing commercial clients and producing still lifes, figure photography and portraits. In his personal work, he explored the surrealist aesthetic of Man Ray, experimenting with formal abstraction and montage. With the outbreak of World War II, Dupain worked with the Camouflage Unit in 1941, travelling to New Guinea and the Admiralty Islands. His photography of the 1960s and 70s was shaped by architectural interests and he fostered working relationships with several prominent architects, most notably Harry Seidler.